Researching the Control of Type 2 Diabetes Through Lifestyle 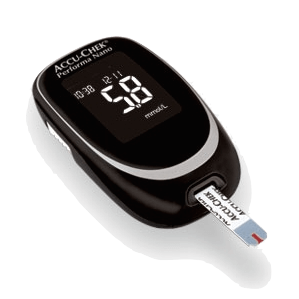 The levels are as follows:

Type 2 diabetes should only be diagnosed by a medical doctor. A diagnosis is made based on a blood test done via pathology. Diagnosis is not made by the use of a glucometer. Because blood sugar levels fluctuate during different times and differently in different people and then varies depending on the type of food that is consumed a glucometer is considered as an inaccurate device. It also only measures blood sugar levels at certain points in time but does not show long term averages. It is however an extremely useful tool for the ongoing monitoring of blood sugar levels. It is extremely important to have regular blood tests to establish regular levels of the diabetic condition.

A blood test sent off to pathology for diagnosis will include the HbA1c test. This is currently considered the best way of checking that type two diabetes is under control. This test will show the average blood sugar levels for a 8 – 12 week period. It is important to understand that the HbA1c test is not the same as glucose levels.

In a diabetic person if the HbA1c level does not exceed 6.5% (48 mmol/mol) the diabetic condition is considered to be well controlled.
So what is the HbA1c test and how does it work?

In the blood stream there are red blood cells. The red blood cells are made of a molecule called haemoglobin. Sugar or glucose attaches itself to the haemoglobin. When this occurs the molecule becomes a “glycosylated haemoglobin molecule” This is referred to as “haemoglobin A1c” or HbA1c. When there is more sugar or glucose in the blood stream there will be more HbA1c or “glycosylated haemoglobin” molecules. These molecules are present for 8 to 12 weeks producing a long term average which is used as an accurate indicator of how well controlled the diabetic condition has been over the the 8 to 12 week period.

This figure has traditionally been measured as a percentage. All Australian blood test now also have a mmol/mol figure. This is called the “Blood HbA1c Fraction IFCC”. The Medical Journal of Australia published an article explaining the reason for this change. The article can be read using this link